Home IPTV NEWS What Is IPTV? 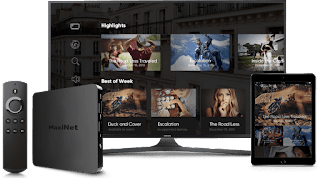 What Is IPTV?
the Future of Video

Let’s start with the basics. What, exactly, is IPTV?
IPTV stands for “internet protocol television.” The “IP” in IPTV is the same as the one in your IP address or VoIP (voice over IP). All that means is television programming is being communicated using the internet protocol.

To understand what that means, you need to know a bit about how non-IPTV works. With cable or satellite TV, broadcasters send out signals and viewers receive them—you’re only able to watch what’s being broadcasted. Unless you have some sort of recording device, you don’t get to dictate what’s on when. You just tune in when you can and watch what’s available.
IPTV is different. Instead of transmitting content via light pulses in fiber-optic cable or radio waves from a satellite, IPTV sends shows and movies through your standard internet connection. (You may be using a cable or satellite internet connection, but these are independent of the ones that usually carry your TV signals.)
Instead of broadcasting a range of shows on a specific schedule, most IPTV uses video on demand (VOD) or time-shifted media—we’ll discuss these, and a third format, in just a moment.
There’s some complicated network architecture behind all of this making it work, including lots of transcoding from traditional signals to IP-friendly ones. But the important thing is that you don’t have to watch what’s being broadcast. You can tell your provider what you want to watch, and they’ll send it to you immediately.
If you’ve used a streaming service like Netflix or Hulu, it’s the same idea, but with TV instead of movies or syndicated shows.
Do You Need a Set-Top Box for IPTV?
Because most TVs aren’t equipped for IPTV, you may need a set-top box that “translates” what you receive over your internet connection into a format that your TV can read.
Your computer, on the other hand, doesn’t need anything to watch IPTV. Once you sign up for a service, you can use it to stream whatever you want in any of the IPTV formats (which we’ll discuss next).
So if you can mirror your screen to your TV, you can watch IPTV without a set-top box.
Hybrid IPTV
Many TV providers are now adopting a hybrid approach to IPTV to solve some of the issues with fully IP-enabled broadcasts. IPTV requires a great deal of bandwidth to transmit a ton of data at high speed.
Hybrid IPTV combines traditional TV services with IP-based ones. The biggest selling point is that it’s all delivered through a single box. This lets TV providers expand their offerings to their subscribers.
It also makes it easier to roll out new products and services without completely overhauling the set-top box. It’s a good way to transition from a traditional model to a more modern one.
Next article Next Post
Previous article Previous Post
‹ Newer Post Older Post › Home
Subscribe to: Post Comments (Atom)